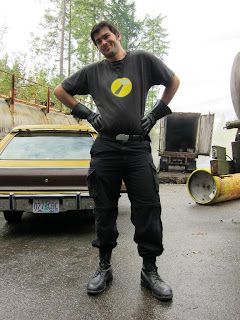 I had to work the day before Halloween at work so I needed something I could work in so I put together this Captain Hammer costume. My co-worker went as Dr. Horrible and we kept up a pun-filled animosity the whole morning.
Posted by Ben Krakowsky at 12:24 AM No comments:

I was surprised how many people didn't recognise Jambi from Pee Wee's Playhouse. This costume was certainly not an easy one to wear. I made it a bit too large in retrospect. I had both complaints and compliments on the dancefloor. I did my makeup differently the first night out, and I went as "Zombie Jambi." I found out my costume made a great drink holder too! 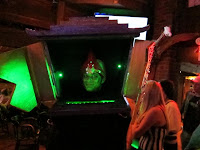 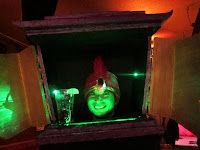 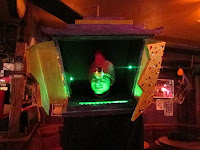 Posted by Ben Krakowsky at 12:21 AM No comments:

Window Display at Main and Broadway

I have created a window display for In-Touch Massage in the Lee Building at Main and Broadway. The space was donated by Cuppa Joe's Coffee who owns the currently vacant shop. The display is an entry for the Business Improvement Organization's Halloween Window Contest. I'm going to try and get some more photos during the day, and with a polarizer to get rid of some of the window reflections. Check it out if you're nearby, there are a few little details that will never show up on camera. 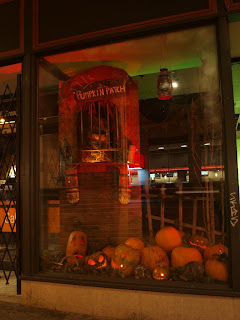 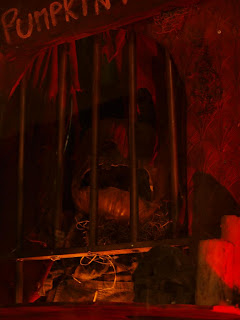 Ghosts in the Hood

I was passed on the link to a show in Port Moody: GHOSTS IN THE HOOD! True tales of BC ghosts - a SPOOOOKY dramatic reading!   I love ghost stories and would like to be able to go but will be working. If anyone goes, please tell me about it.  It's on Friday Oct. 29th.
Posted by Ben Krakowsky at 2:49 PM No comments: 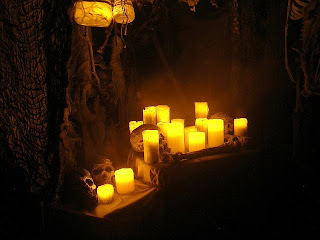 2010 was the most successful year of the Fright Fest Haunted House at the Fort Langley Campsite. I was told that the guest parking lot was full, and that people were even parking on the road outside, meaning that not only were the campers enjoying our haunt, but the news has spread and people are making it a destination. 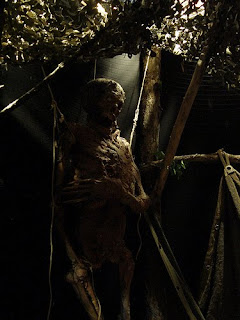 This year we all haunted based on a similar genre of a swampy forest inhabited by creeps and witches. Sean and I had very little time to prepare, so we used what we had from previous years and lots of branches scavenged from the site. I think we put together a pretty spooky display, and once again the infamous Pumpkinrot blog posted some of DeadSpiders wonderful photos (Shown here) Want to see more photos?
Posted by Ben Krakowsky at 11:54 AM 1 comment: 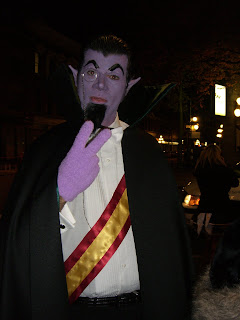 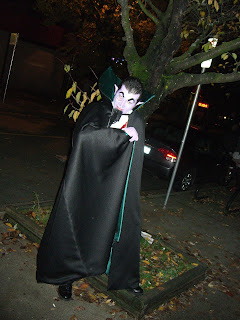 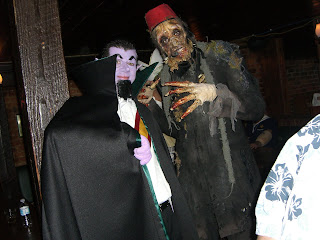